This week in homeschooling we returned to the right order of the Creation Story and studied “water”. I knew this week was going to be a bit crazy since we were adding Soccer practice into the mix two days a week so I didn’t plan quite as many activities and no outing….although with this kind of a theme I think I would have totally fudged and had us visit the splash pad or something haha! I’m clearly a very hardcore teacher intent upon my children learning at all times.

The introduction to the theme was, of course, back to the creation story and a discussion of how all living things on earth need water to survive.

Activity One: 3 types of Water
filled clear jar with ice cubes
an empty jar
a jar filled with water ( with a drop of food coloring for effect) 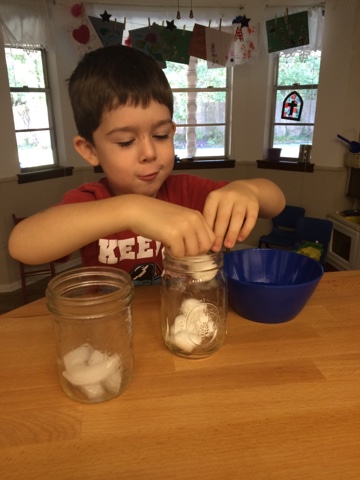 We then talked about how when water gets VERY cold it turns to ice.
Then when it warms up it turns into Water ( we played with the ice in our hands and watched how wet our hands got ( and cold)).
When water gets HOT ( you can boil water and let it steam for them to actually SEE) it evaporate into the air and becomes a gas!

Activity Two: Makin’ it Rain
This same activity then transitions into how rain is made…we talked about how the water from the oceans/lakes/rivers is warmed by the sun and then is evaporated back up into the clouds ( we used cotton balls to soak up the blue water) then when the cloud gets very full it “pours back out” in the form of rain ( squeeze the cotton ball so the water comes back out).

Ransom enjoyed this activity of squeezing cotton balls and seemed to really get the concept ( as basic as I had made it, anyway!)

Tabitha then had a go and made a GIANT MESS of water and cotton balls while Ransom and I did more school work at the table. It was a great distraction for her…as long as I didn’t mind the mess… 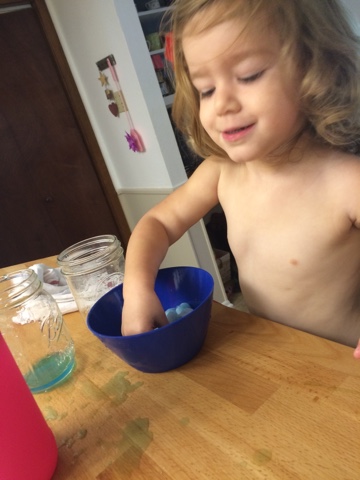 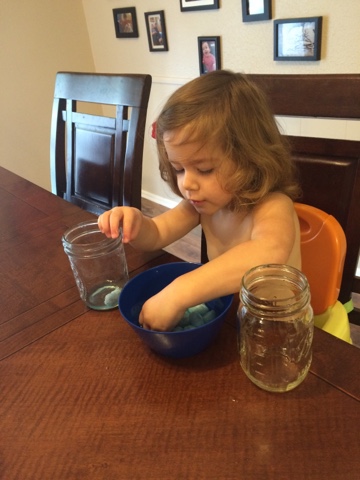 Activity Three: Water Cycle
We had already talked about the water cycle that morning, but I thought it might be nice to review it. Also Ransom hadn’t had much cutting practice in a while so during his quiet time I whipped up four drawings to illustrate the water cycle. I then drew a large circle with arrows on a larger piece of paper. He then had to cut out the drawings and decide what order they went on in the circle.
Putting the pictures in a circle rather than a straight line of events was actually mildly challenging so that was an extra bonus. 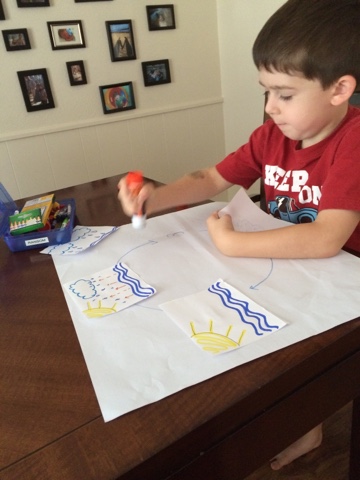 Activity Four: Two Rivers
This activity was not necessarily water themed but we fudged because it was an AWESOME addition exercise and BOTH my kids looooved it.
Here’s what you’ll need:

Two toilet paper rolls ( or one paper towel roll cut in half), “decorated” with water to look like “rivers” ( you’ll notice mine are like works of art)
Gold fish crackers
Either a white board that you can then draw on above each ‘river’, or number magnets
A “bucket” to catch the fish. 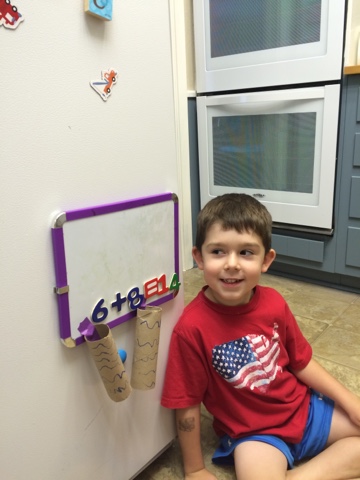 We then would chose numbers for each river, counted out each number as we dropped the fish through the river into the bucket below, doing each river separately. Then we dumped out the bucket counted up the total and then Ransom would put that number at the end of the equation. We would then read the whole equation out loud.
Repeat, over and over and over again. 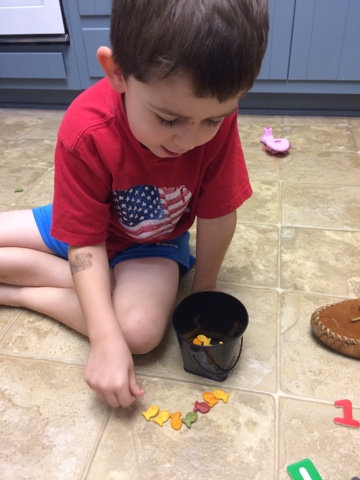 NOTE regarding siblings: While Tabitha LOOOOOVED this game too, her love made it far more challenging. She would start putting her own gold fish through the “rivers” while Ransom was trying to do an equation. Not helpful. I think next time I’ll need to make her, her own separate river. 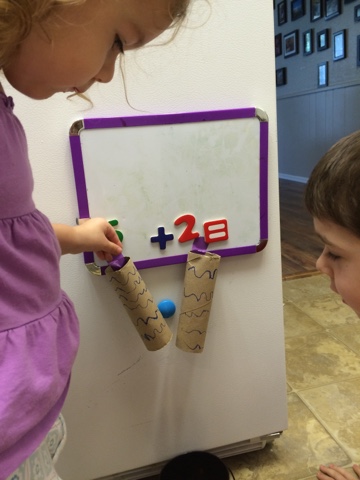 Activity Five: Will it float?
Using this printable, I collected a bunch of objects from around the house and then we talked about “hypothesis” and what that meant. We would then make a “hypothesis” on whether or not the object would FLOAT or SINK and circle his guess. Ransom practiced his writing by having to write the name of each object before he circled his hypothesis, then he’d go do his “experiment” in our water table. 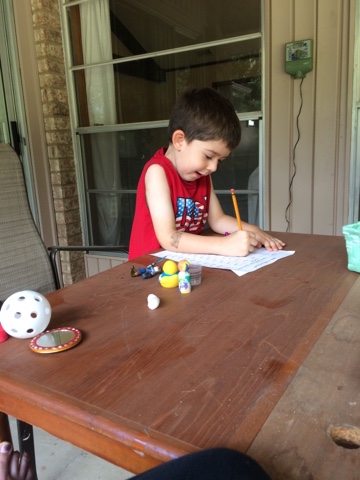 All while  Tabitha was busily trying to empty the water as fast as possible onto her body…I had to refill half way through). ( Water ban-shwater-ban), afterwards Ransom would have to circle what actually happened to each item. 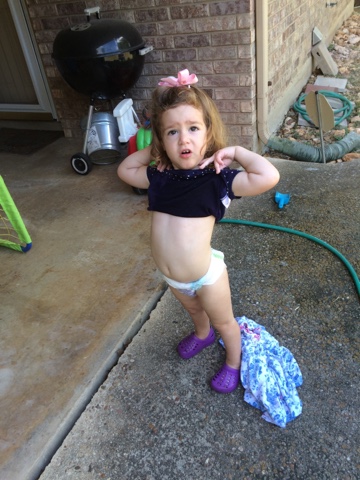 Strangely the hardest part for him was staying on the same line when circling for each experiment. Not sure why this is, but it was a good challenge. 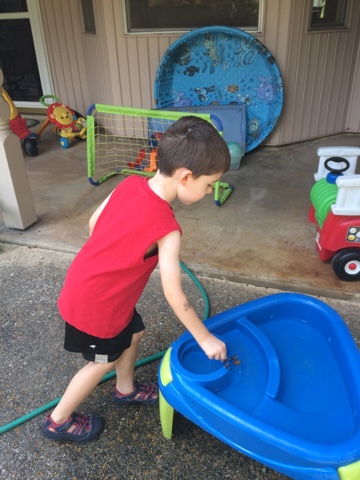 He also got bored* about halfway through-mostly because of having to write each word ( with my help with spelling on some words)-we had to push through a little pouting. I suppose if you just wanted to make this a more fun activity then just write the word for your kid ( or if they are really young, draw a picture of the item?)

* Bored seems to often translate into something that is mildly challenging that he is having to use mental or physical exertion towards. This is a major challenge of homeschooling…pushing past these moments.

Books:
(This week my library was a little weak on my water book choices-but we did get these fun, semi-water themed books)…Pattern fish is a great little lesson patterns which was an extra bonus!